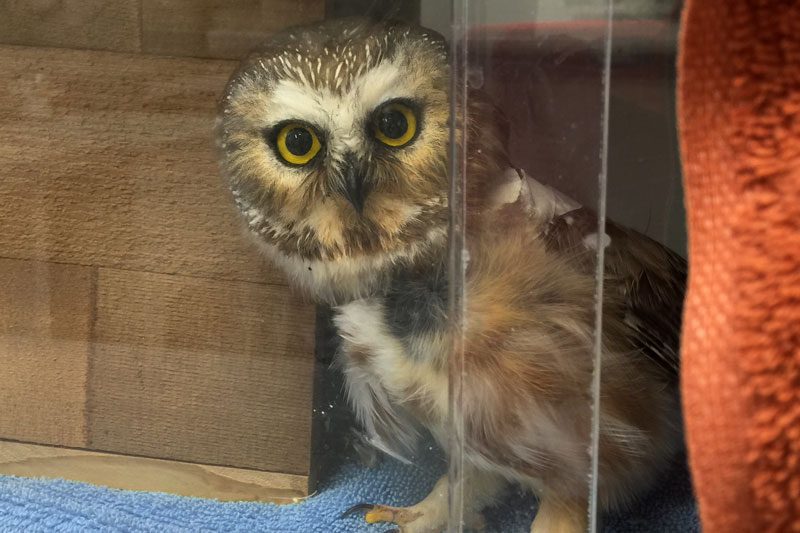 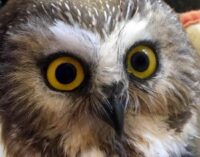 The small, precocious Northern Saw-Whet Owl (Aegolius acadicus, and “NSWO” in avian rehab circles) can be found in both evergreen and deciduous forests across the Coastal, Sierra Nevada and other mountain ranges in California. There is a breeding population in Sonoma County, and during the spring mating season it is not uncommon to hear their single-note hoot, rapidly repeated for hours at a time through the night. 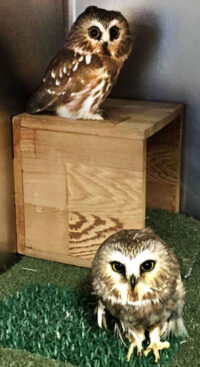 While we do not often see these owls at the Bird Rescue Center, in November alone we have admitted three! The first arrived on November 7 after being caught by a dog and then a cat. Its coracoid (part of the shoulder structure) was fractured, so our medical team wrapped its wing to help the bone to heal. The second 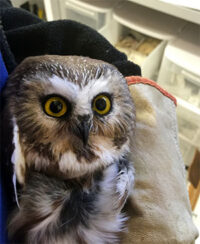 owl was brought in on November 11 after bumping into a window. The owl was a little dehydrated but no injuries were found. The third Saw-Whet Owl was admitted on November 13 after being struck by a car. This bird suffered injuries to its left eye and had extensive bruising on its head, and unfortunately passed away in our hospital shortly after arriving. The others are recuperating well and in the meantime providing company for each other.