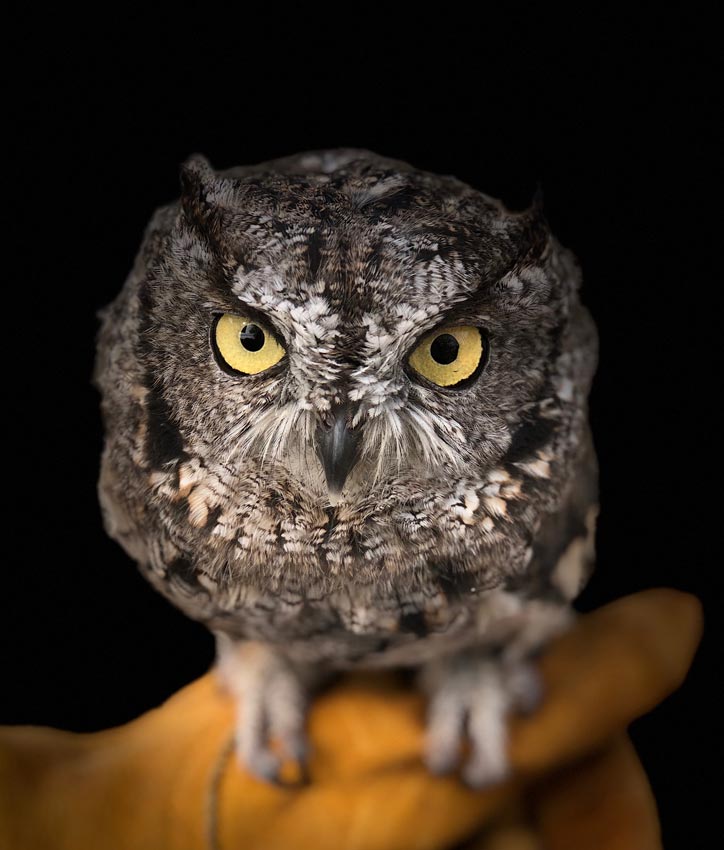 Pippin, our second WESO, came in with a left shoulder injury, rendering him unable to fly and hunt sufficiently for release. Not only does Pippin serve as an ambassador for his species, but he occasionally helps raise baby WESOs admitted to our hospital!

Comet was admitted to BRC in 2012 with severe injuries to both eyes. Today, Comet is blind in their left eye and visually impaired in their right, making them non-releasable. Despite the vision issues, Comet is a little firecracker – whenever we enter their mew, they stand up tall, ear tufts up, eyes wide, and beak clacking!

Layne Labs — where we get the frozen mice we feed our non-releasable resident raptors and the raptors that are recuperating in our rehabilitation hospital — has provided a page where you can securely donate (any amount) to buy a yummy mouse or three (or 50!). 100% of your gift goes directly to BRC to feed our birds. It’s easy to do! Please do it today, and make a ravenous owl or hungry hawk happy. Thank you for caring! Read Layne Labs’ Humane Handling Policy concerning the animals they raise.
This website uses cookies and third party services. OK
Go to Top