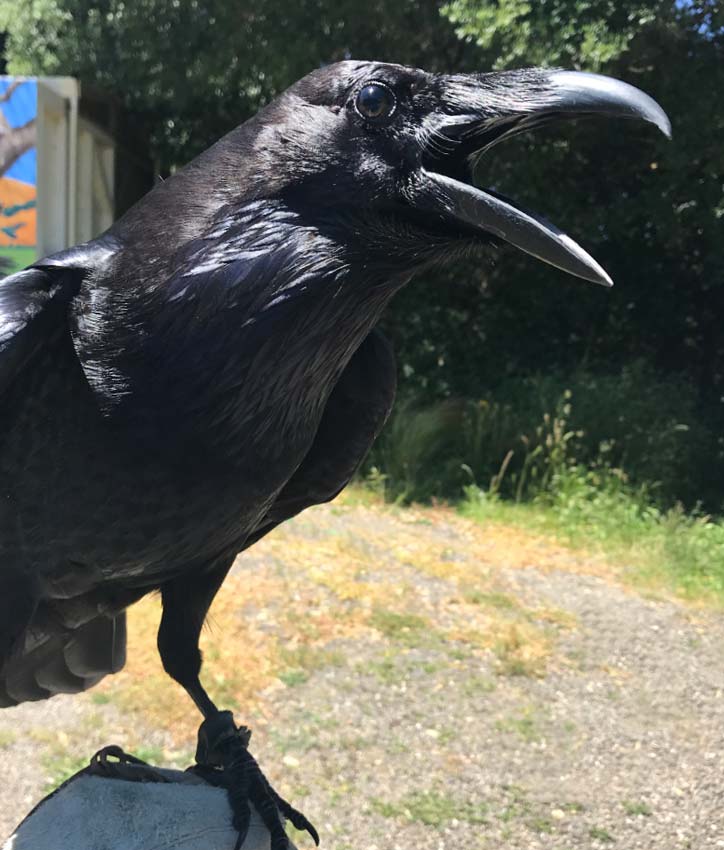 Poe is our wonderful (un)common Raven and our only non-raptor resident bird. Poe came to us in January of 2013 after being found in the Healdsburg Safeway parking lot. We quickly realized Poe was visually impaired and decided to take him/her* on as an education bird. Poe’s favorite things are walks around the compound and hours spent preening in the sun!

*Note: We don’t actually know Poe’s gender! It is very difficult to determine in birds that are not sexually dimorphic without running stressful lab tests. Half of our volunteers call Poe a him and the other half a her and we all have our different theories!